Join us for our first virtual self expression summit, the ultimate conference to encourage and inspire you to be whomever you want 2b. We’ll meet you in the metaverse!

YOUR SAFE SPACE TO LEARN & BE EMPOWERED

The first ever göt2b x Ditch the Label Self-Expression Summit is a virtual event created to encourage and inspire YOU to be whoever you want 2b!

Join us on our mission to create a world that empowers you 2b you. On June 17, Stop Cyberbullying Day, you are invited to hear stories of how everyday heroes and A-list stars like Avani Gregg, Tati Gabrielle and more were able to overcome fears, obstacles and setbacks at school and in their community to find their voice and gain confidence. 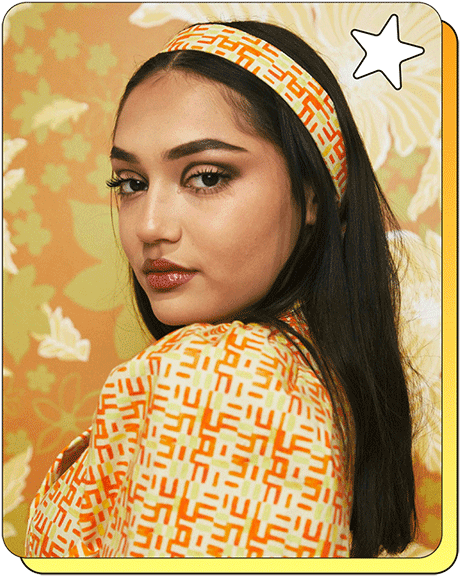 18 year-old Avani Gregg is a beauty guru and digital creator. Self- taught in the beauty space, Avani began doing makeup at 11 years old, and it quickly became a passion for her. She rose to fame on tiktok when she started a makeup trend that went viral, and now currently holds the top spots on the app for makeup tutorials.

She has amassed tens of millions of followers across her social media platforms where she is known not only for her makeup and beauty videos, but also her dancing, acting, comedy and gymnastics posts. Avani was a level-nine gymnast for 10 years but had to retire from competing due to a back injury. Social media proved to be a great outlet for her to continue the sport but not in a competitive way.v

An artist in every sense of the word, Avani is also working on a fashion line, makeup line, book, and continues creating beautiful photos and videos for her social media platforms. Avani has also been pursuing acting and played the role of gemma on season 6 of brat’s chicken girls.

We are thrilled to have her join us for this inaugural event and share her story of how she uses her platform to express herself.

"Society can sometimes make people feel like they need to stay in a certain box, fit a certain role, and stick to one specific style, but got2b encourages you to break that mold."

"Throughout this Summit and long thereafter, we hope to encourage people to feel free to be whoever you want to be... unleashing all the different possible versions of themselves that would have otherwise gone unseen."

A Behind The scenes look inside Avani Gregg's 'Backstory'

A Discussion About the Journey to Self Expression,
Moderated by Ditch the Label Founder & CEO Liam Hackett

MINDFULNESS AND ITS IMPACT ON YOUR PHYSICAL AND MENTHAL HEALTH

LEARNING MORE ABOUT AVANI & HER BOOK,
BACKSTORY: MY LIFE SO FAR

Tati Gabrielle, also known as Tatiana Gabrielle Hobson, was born in the Bay Area of California. She was raised by her Korean mother and African-American father.
READ MORE

Blair Imani (she/her) is the LA Times Bestselling author of Read This to Get Smarter. She is an award-winning educator, historian and influencer. She is also the author of Making Our Way Home, and Modern HERstory.
READ MORE 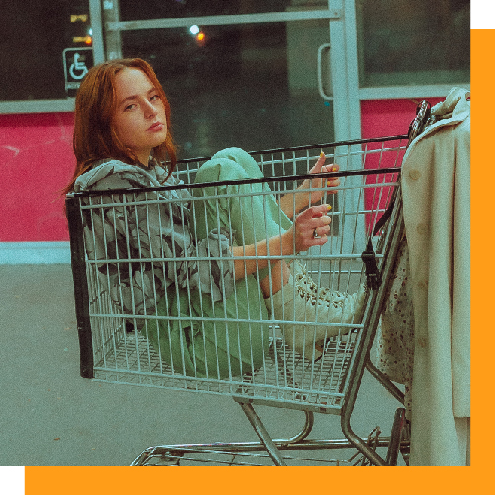 Alexis is a young & cutting-edge queer creator with the backing of a strong social media following & unique voice. She has crossed over into traditional media seamlessly and continues to grow as a writer/performer & director on all platforms.
READ MORE 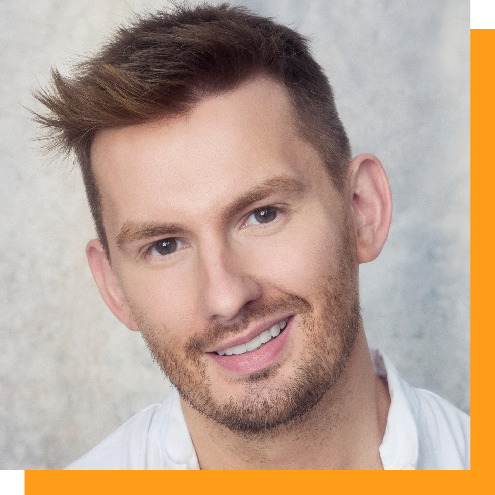 Dr. Liam Hackett is the Founder and CEO of Ditch the Label; one of the largest youth charities in the world. He has grown Ditch the Label into an organization that helps thousands of people every month.
READ MORE

Founder & CEO
of Ditch the Label

FREE EVENT
GET YOUR TICKET TODAY!
BRING YOUR CREW OR MAKE NEW FRIENDS. YOU GOT THIS!

Tati Gabrielle, also known as Tatiana Gabrielle Hobson, was born in the Bay Area of California. She was raised by her Korean mother and African-American father.

Tati's acting and performing talents were recognized by the third grade when she starred in her first show, playing the role of Lemony Snicket in Lemony Snicket's "A Series of Unfortunate Events".

When Tati was in middle school, she auditioned for a prominent performing arts school called, Oakland School for the Arts and was accepted into their theatre program. During her time at OSA, Tati performed and directed several productions and later went on to receive many awards for various theatre festivals including Edinburgh Festival Fringe in Scotland. Tati was able to work diligently during her high school years to graduate with a 3.7 GPA. After high school, Tati relocated to Atlanta, GA where she attended Spelman College, majoring in Drama and French.

In late 2015, Tati moved to Los Angeles and has been cast in roles for: "Jigsaw", "Uncharted", "YOU", "Chilling Adventures of Sabrina", "The 100", "The Owl House", "Aftershock", "Emojimovie", "Freakish" and more. In 2021, Tati was recognized as one of Forbes' "Hollywood 30 Under 30". Tati is committed to her craft and desires to excel her career in producing, directing and writing for Film and Television.

Blair Imani (she/her) is the LA Times Bestselling author of Read This to Get Smarter. She is an award-winning educator, historian and influencer. She is also the author of Making Our Way Home, and Modern HERstory.  Her scholarship spans intersectionality, gender studies, race and racism, sociology, and United States history. She has presented at universities including Oxford, Stanford, Harvard, Duke, and many more. She serves on the Board of Directors for the Tegan and Sara Foundation, and on the Board of Trustees for Muslims for Progressive Values. The New York Times praises Blair Imani’s unique ability to create “progressive lessons with vibrant visuals and a perky, quirky delivery.” She was named to the Root 100 in 2019 and OUT 100 in 2018. She lives in Los Angeles, California.

Her work centers women and girls, global Black communities, and the LGBTQ community. As an educator and influencer, semi-retired organizer, and public speaker, Blair Imani is dedicated to making the world a better place and amplifying the voices and work of those fighting the good fight. Learn more about Blair Imani by visiting blairimani.com and joining her on social media @blairimani.

Alexis is a young & cutting-edge queer creator with the backing of a strong social media following & unique voice. She has crossed over into traditional media seamlessly and continues to grow as a writer/performer & director on all platforms. Alexis most recently starred in the HBO Max pilot CAMP FRIENDS from Jax Media, director Todd Biermann, and EP Adam Goodman. She will next be seen starring alongside Iris Apatow in the short film VODKA, written & directed by Roxy Sorkin, which will premiere at the Tribeca Film Festival in June. Her own short film, THE BEGINNING & THE MIDDLE (which she wrote & directed) premiered at BFI Flare – London’s premier LGBTQIA+ film festival – earlier this year.

Alexis previously had a memorable guest star turn on RAMY’s first season in the episode titled “Mikaela,” and heavily recurred on THE GOLDBERGS for ABC. She was nominated in 2018 for Outstanding Supporting Actress in a Daytime Digital Series for her work on ZAC & MIA. FX previously bought a ½ hour dark comedy starring Alexis and she is now working on developing her own original pilot.

Matt Joseph Diaz (they/them) is a social media advocate, writer and public speaker focused on radical body positivity, LGBTQ+ rights and racial equity. Matt began their work in 2015 after they went viral for sharing their excess skin from extreme weight loss, leading to their focus on "mindful vulnerability," a strategy of practicing honesty on social media while prioritizing your own mental and emotional safety. Matt lives in Minneapolis, MN, and spends their days working as Director of Communications at a local non-profit working to end homelessness.

Steven Sharpe Jr is a men’s fashion & lifestyle content creator, podcast host, mental health advocate, and founder of Nobius Creative Studios. Steven uses his online platform to speak up about mental health struggles — particularly as it pertains to men and POC — and lead with empathy. In response to the events in 2020, Steven began Sanctum Podcast, a space to have candid discussions around nuanced mental health situations and share other peoples’ stories. In 2021, Steven achieved a hard-earned dream and founded Nobius Creative Studios, a creative digital agency producing high-quality content for brands while utilizing the power of content creators. Steven hopes, through his online presence, that people are encouraged to prioritize self-wellness and pursue a fulfilling life.

Founder and CEO of Ditch the Label

Dr. Liam Hackett is the Founder and CEO of Ditch the Label; one of the largest youth charities in the world. He has grown Ditch the Label into an organization that helps thousands of people every month. Liam sits on advisory boards across the third sector and government departments and has contributed to various academic and government reports at UK, EU and US level. Working across a multitude of countries and languages, Liam regularly speaks, debates and contributes articles throughout the press, radio and TV on a range of issues surrounding bullying, mental health, online abuse, equality, discrimination, gender, self-esteem, masculinity, digital technology and young people. He regularly speaks publicly in places such as The White House, The United Nations, the European Parliament and the Houses of Parliament, in addition to live public events with audiences of up to 12,000. 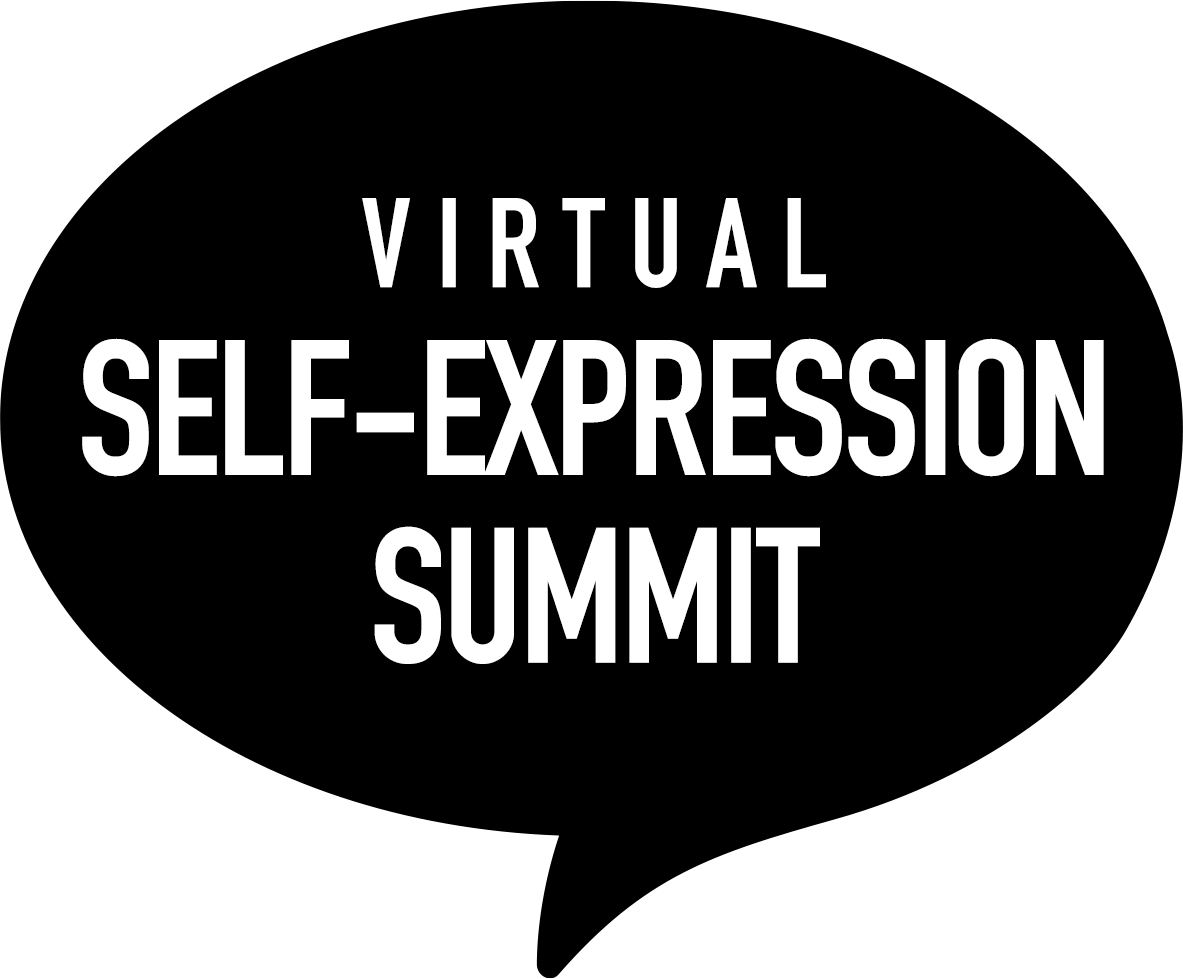